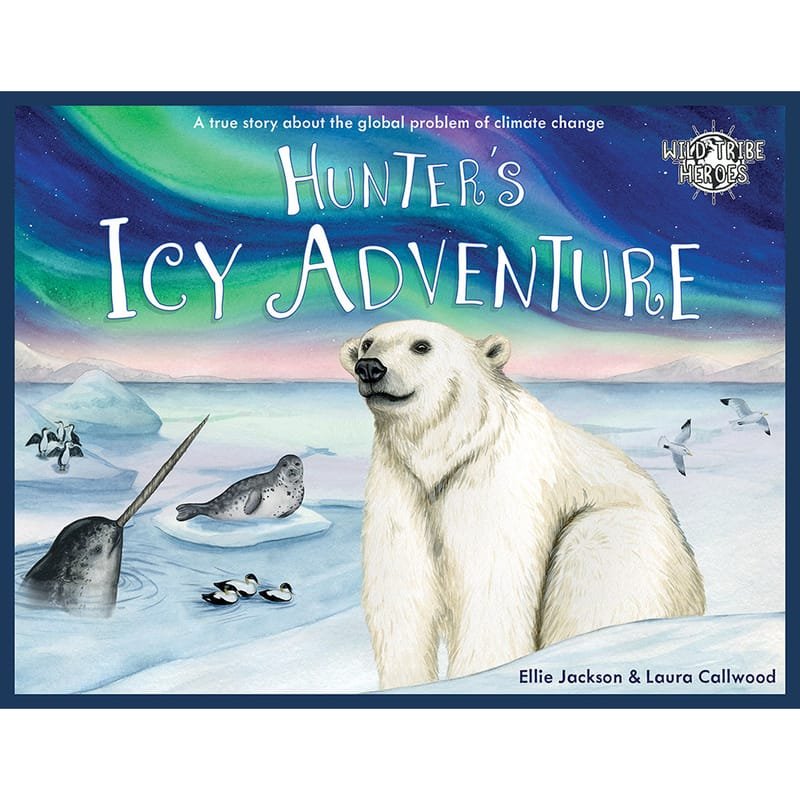 Wild Tribe Heroes is the #1 children’s book series tackling issues such as ocean plastic, palm oil and climate change. Hunter the Polar Bear lives happily in his frozen Arctic home yet as the ice starts to melt he finds himself in a tricky situation. As help comes from high above him, Hunter is in a race against time to get back to the ice. A positive, inspiring, beautifully illustrated true story about the problem of climate change with a happy ending. Loved by children, parents and teachers around the world.

My children and I were transfixed by the sight of this beautiful creature being set free, and subsequently visited a turtle hospital on the mainland to find out more,” she remarks.

In this way, Ellie, an environmental scientist who taught geography for six years, conceived her idea to use children’s fiction as a way of educating young people about the threat to sea life of our dependence on plastic. Thus Duffy the sea turtle was born, whose adventures provide the basis for Ellie’s first book, entitled Duffy’s Lucky Escape. Since then Ellie has written four other children’s books with important environmental messages for everyone, young and old.