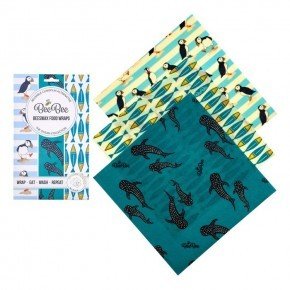 Set of Three Organic Beeswax Wraps in the Ocean patterns, ideal for cheeses!